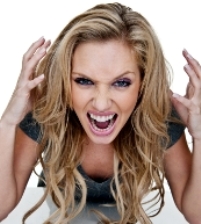 Most people are aware that there can be a positive effect merely from the power of suggestion, the placebo effect. Studies invariably demonstrate that reduction in pain as the result of an intervention are correlated to the expectation that there will be a reduction in pain as a result of said intervention.
If you go to a doctor and you are given medication for pain then the chances are that so long as you believe that the medication will work then you will feel better regardless of whether you are given a genuine pharmaceutical drug or a sugar pill.
The placebo effect complicates random controlled trials as any potential benefit from the action being trialled can be masked by placebo effect improvements measured in a control group.
Whilst the placebo effect is generally well known, it’s evil twin, the nocebo effect within health care industry is much less understood or even acknowledged. For some people, a mere suggestion, a nocebo, can bring about negative effects.
For example, in one study of the nocebo effect, people who suffered from lower back pain were given a flexibility test. Half the participants were told that the test might be painful, the other half were given no such information. Even though, the groups performed the identical flexibility test, the group that were told that the test might be painful experienced significantly more pain.
It can be argued that massage therapists, physiotherapists and chiropractors are notorious for making nocebo comments to their clients. The comments may be made with good intentions but an innocent remark can set up someone for a life time of unnecessary pain.
I’m sure that I’ve made many similar comments over the years without realising the potential impact they may have. I’m trying to be much more careful with my words these days and I still catch myself making the odd observation that may not have been the best choice of words.
As a consumer it is a good idea to be aware of types of nocebo comments that are often made. Although it is not my place to interfere with your relationship with your healthcare professional, I do think it is a good idea to steer clear from someone who does repeatedly use nocebo. This is particularly relevant if it is done with the intention of shocking you into needing more treatments from said practitioner.
On a recent Facebook post, practitioners were asked to list nocebo comments they had heard over the years. The following list contains some of the nocebos that they had come across.

“you have a leg length difference and your pelvis is twisted. You’ll need manipulation forever in order to keep moving”
“wow, you’re really tight”
“You’re out of alignment. “
“You have the back of a 90 year old”
“Oh my goodness, you are just FULL of knots!”
“It’s the worst (insert body part) I’ve ever felt.”
“Your tissue is just terrible”
“Your posture is horrible!”
“You have too much tone.”
“wow, your upper traps are the tightest I have ever seen (poke, poke, poke)…were you sexually abused as a child?”
“You’re not going to be able to do (insert favorite activity here) again!”
“Your patellas are facing inwards, you must never squat again!”
“Never rotate your spine again, said to a young healthy 32 year old guy with a disc herniation 5 years earlier. He rotates now at least! He followed the order rigidly for 5 years!!”
“I was told when I was 14 I’d be a cripple by the time I was 20 if I didn’t have surgery for my scoliosis. It’s very mild but until I passed 20 I was terrified I’d be cripple. I’m 53 now and can honestly count on one hand how often I have a back ache in a two or three year period. Thankfully my parents got a second opinion.”
“My

“I know someone who took her teenage daughter to a chiro because her daughter was complaining that she noticed in pictures that one shoulder was always higher than the other. X-rays showed some rotation/curvature – the chiro told them “you should have brought her in for a check up 10 years ago and this could have been prevented. It’s too late now though. Aside from surgery, there’s really nothing to do. As long as she’s careful, she probably won’t have much pain until she gets older – that’s when it’ll really catch up to her.”

“no wonder your shoulder hurts with a scapula that moves like that” and “if you don’t start exercising those TA you’ll definitely end up with back pain”
“Degenerative arthritis, avoid exercise, there’s no cure, here’s a prescription…”
“You eventually will need a new joint”
“only surgery will help you”
“Your spine is crumbling”
“you’re hyper mobile therefore your body doesn’t know when to stop a movement and you are at a higher risk of injuries”
“Your hip is so messed up I don’t know how you’re even walking.”
“After my surgery (which was 3x as long as anticipated) “the damage was much worse than we thought.”
“Your pelvis is counter-rotated to your torso, we need to straighten you out “
“Your spine is twisted on its axis”
“ your back is the worst I’ve ever seen. I’m surprised you are still walking”
“You don’t have any issues? You’re young, Just wait “
“Your left foot is to weak and makes your pelvis twist, that’s why you have LBP !You should never ever walk barefoot again and always wear your orthotics(even at home in your slippers)”
“The previous Massage therapist said my back was a minefield”

“Doctor saying that if I didn’t correct my bad posture by age 18, after that age my body would be unable to change and the bad posture would be permanent. (This was a while ago.)”

“Your back will end your dance career.” And “I don’t know how your back is that flexible considering your X-rays.”

“Walking up stairs is bad for your knees”
“If you don’t have your neck fused asap, you’ll fall and end up a quadriplegic.”
“You have three herniated discs and the spine of an 80 year old man, ” said to a 50 year old guy with back pain. This is pretty typical.

Feel free to add any nocebo remarks you’ve been told in the comments below!